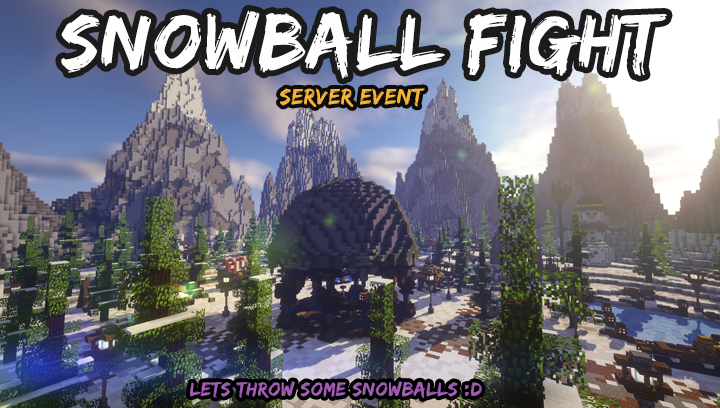 January 1st to January 3rd, 2020
/server SnowballFight or use the snowball in the server compass!

Once you join or respawn you will have 16 snowballs.

Your goal is to achieve the highest score possible! To do that, you'll have to simply throw snowballs at other players (and hit them)! Out of snowballs? No worries! There are several snowball refill stations throughout the map (You have to wait 15 seconds between each refill)!

Once you get hit, you will have to wait 10 seconds before you automatically respawn. After you respawned and left the spawn, you will have 10 seconds of invulnerability (Meaning you can't hit others, or get hit by others).

The orange number infront of the name displays the score.

If you just want to chill and spectate others, you can use /sf spec

The 5 players with the highest score will get a reward!

As most of you know by now yesterday a large part of the staff team wanted to leave/ had left the server due to the lack of management from my side. I’ve been struggling with my mental health and was seeking escape in roleplay on GTA 5 (I will explain on this further later in the post). This was the final straw for them since my mental health and thus my work on the server has been going up and down for a long time now.

I completely understand players and staff alike to get fed up with this since the only thing they see is me playing a game while the server needs work. Combine this with earlier situations where Elise/ staff was fed up and you get a mass leaving of staff. At this point, I was not yet aware of what was been happening behind my back.

Apparently, they were planning on creating their own server. Which again I do not blame them for, Elise deserves her own server and if she had left yesterday with the people who wanted to join her there would be no hate. If I put myself in their shoes I also would want to start my own server.

Anyway, I kinda shut down at first when this happened not knowing what to do and even went on a rampage saying that I don’t care about the staff leaving and that I don’t trust them. I had a feeling something was going on. (Funnily enough, my point got proven since they were already planning behind my back) I also knew something was wrong since there were constant leaks from head admin DMS and well I went full retard, never go full retard.

At this point, I really wanted to keep Elise since she is the backbone of GuildCraft so I offered her Co-Ownership. To be precise I wanted her to take over Bedwars and let her be free to create her own new servers under GuildCraft. So she would host those servers and earn their income. Looking back at the offer not that great but it...
176 Comments 8,520 Views
Continue...
Faction Season 1
by aXed : Nov 9, 2019 at 8:24 PM 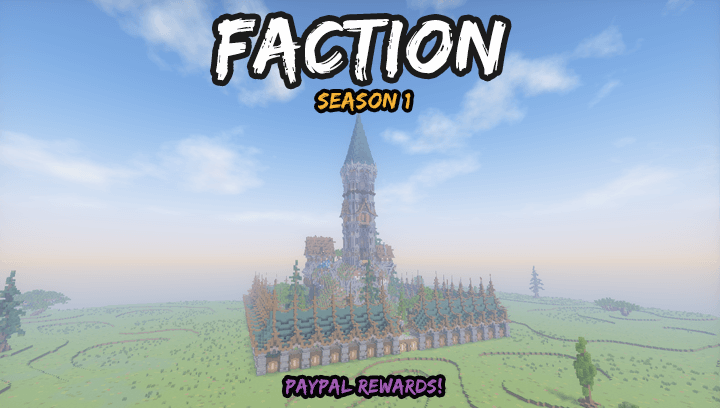 Introducing Faction Season 1​
POSTPONED, due to constant toxicity within the faction community I've decided to postpone the reset. I will first focus on closing down some empty servers and other resets. The constant bashing & toxicity made me hate this job and I'm tired of it. At this point, I rather lose the faction community and actually enjoy working on the server again than having to deal with it.​
Yes! here it is our totally not stolen idea from other servers! But in all seriousness, we needed a major change in order to compete with other competitive Faction servers. It would be cool to be the to-go cracked server that offers a similar experience as current premium ones.

So here are the end rewards after Season 1
Total: 350 euro Paypal*

* The will be payout rules to prevent factions from hiding their wealth and suddenly become first on the last day.

How it works
Each season will consist out of 5 days of a grace period and 3 weeks of playtime. So in total, the season will take 26 days. The factions at the top 5 at that time will be the winners of the Paypal rewards and buycraft rewards. The server will then reset within 2-10 days and the next season will start with the same or maybe even higher rewards depending on the success (So the more people buy the higher the reward.

I don't expect Season 1 to be perfect but many changes have been made and many more will be made to fix possible issues that may come to light. One investment was already done by purchasing one of the best performing spigot versions for Faction servers. This spigot comes with the following optimizations compared to our old spigot. The current faction server also runs this version but has only ran...
78 Comments 3,466 Views
Continue...
Faction Reset
by aXed : Sep 19, 2019 at 8:30 PM 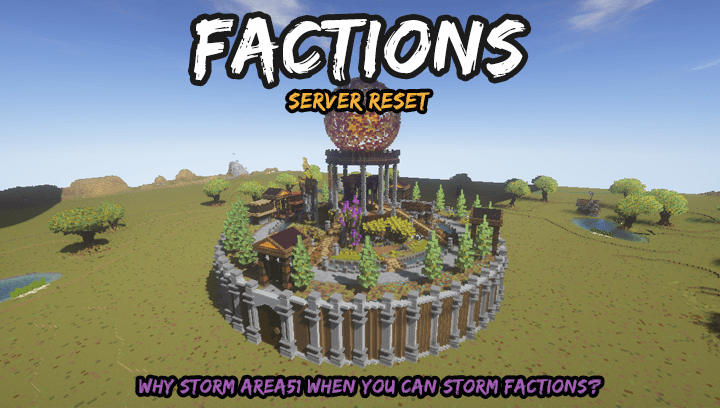